Bridging the Gap Between Baby Boomers and Millennials with The Unsung Heroes of Your Favourite Hit Songs.

Behind The Groove (Las Vegas)

Including all the Interviews on “The Wish Bus” In Downtown Los Angeles, and other broadcasts from our sister company Big Dawg Productions.

Sydney Colston joined us from day one back when we only had one radio station. “Starlight UK Radio”(2013) which has now become one of the top Internet radio stations worldwide today In 2022.

Episode 21 “Behind The Groove”, this was the year Starlight Broadcasting and Steve Harris had problems with BAFTA here In The UK, when he had advertised live on Soul Radio USA, The film “20 Feet from Stardom” should of won The BAFTA for Best Documentary 2013, as you all know he say’s It as It Is. 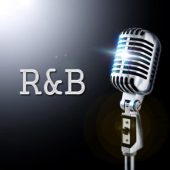